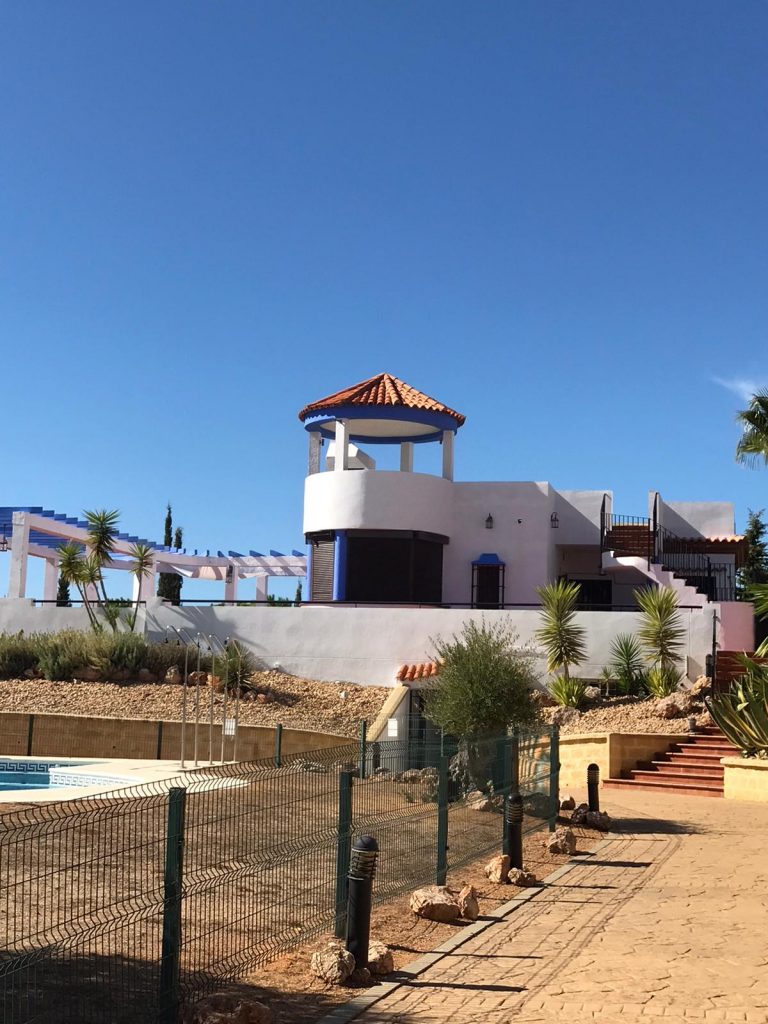 Order of the day

1.- Report of the President.

3.- Approval of the management of the Board of Directors during 2019.

5.- Request for an independent audit of the Accounts of the Urban Conservation Entity of Costa Esuri corresponding to fiscal year 2019.

1.- The capacity of the premises does not allow more than 25 associates present. For this reason, it is essential that those who are going to attend confirm it to the email address

2.- Associates who cannot attend may delegate their representation to any other associate, by writing sent to the Secretary of the Association in advance of the meeting, by email to the address mentioned in note 1 above or delivered by hand before of the meeting. The date of the General Assembly must appear in the delegation.

MINUTES OF THE AGM HELD ON 9 MAY 2019, SUBMITTED TO APPROVAL

COSTA ESURI RESIDENTS ASSOCIATION ANNUAL GENERAL MEETING 9 May 2019
Minutes of the Annual General Meting of CERA held on 9 May 2019 at 17:00h at the Casa Grande of Ayamonte (Huelva), Calle Huelva #37, takes place at the second call.
LIST OF ATTENDEES AND CONSTITUTION OF THE GENERAL ASSEMBLY
The List of Attendees is prepared, according to which the attendance is stated at a total of 23 members, attending in person 12 members and attending by proxy 11 members.

The session is opened by the President, who declares the AGM legally constituted and welcomes the attendees to “Casa Grande” , Ayamonte for the 2019 AGM of the “Costa Esuri Residents Association” (CERA), and proceeds as follows:

Good afternoon. Welcome everyone! It is declared that the AGM is validly constituted. Thank you all for attending this CERA 2019 AGM. Your presence here is most appreciated, bearing in mind that, due to circumstances beyond our control, during most of 2018, the Committee has not been able to be as public and visible as we would like due to a lack of a proper meeting place. The fact that our meetings could not be held in more public places, has made it difficult for residents to find out about CERA with a view to becoming CERA members and, for those who are already members, to pay their annual fees. We believe, however, that this is starting to change. Even if we’re not seen around, the Committee has worked hard for Esuri during 2018, for which I am grateful.

I would like to make two comments: On 26 May, elections will take place to decide which political party will govern Ayamonte and surrounding areas. Voting is our main strength. Costa Esuri could have the deciding vote as to which political party will be governing Ayamonte for the next four years. Therefore, it is vital that we all vote and recommend our friends to vote too.

I would also like to make a call for the unity of all residents and neighbours, because only through unity can we have the strength to demand improvements for Costa Esuri. Divided, we will get nothing because the authorities will then assume we do not know or agree on what we want. We should all forget personal issues and work together for the interests of Costa Esuri as a whole.

The items on the Agenda for this meeting, submitted for your approval, are as follows:

We, therefore, now deal with each item on the Agenda.

These Minutes have been sent to you by email. We can read them or, if you acknowledge that you have read them, we can simply vote on them.

Submitted to vote, they are approved unanimously.


2. Approval of the Committee’s management during 2018.

The number of members of CERA is steadily increasing – we now have more than 650 members. During 2018, we sent out more than 100 emails to members with information concerning Costa Esuri. We have filed a number of claims, in writing, at the Town Hall regarding fences to be replaced that are a risk for people, and especially children, walking on Paseo Blasco Ibáñez, the need for traffic signs, a request for information regarding the apparently lost guarantee from Martinsa-Fadesa amouting to 1,7 million Euros and the bad condition of the roads. We have held two meetings with residents and neighbours at the Sports Plot, following which the Mayor came to Costa Esuri to talk to the residents on two occasions, on 26 January and 24 July 2018. We organised the Summer Fiesta which many residents attended, although numbers were less than expected due to various activities that took place at the same time in Ayamonte. With great effort from all the Committee members, we organised an Autumn Fiesta, co-operating with El Corsario. Unfortunately, it rained continuously during the three days of the fiesta, but still plenty of residents enjoyed the event. Following Town Hall requirements, we arranged for a permanent electricity post so that power would be available for all future events. This was a significant expense. Because of an unfulfilled promise from the Town Hall to build us two petanca pitches, we have had to adapt an area by the side walk on Paseo Blasco Ibáñez for these pitches and it has been a great success, led by Jean Paul Dercq. We receive virtually no information from the EUC Board as to how our money is being spent and managed. However, we have managed, with difficulty, to obtain and send CERA members some news and resolutions from the EUC. In September, we presented an offering to the Virgen of Angustias, which continues a very special tradition.

Submitted to vote, the management of the Committee in 2018 is unanimously approved.

Comments are made amongst the attendees regarding the fact that, in spite of our efforts, we have not been able to achieve a lot, particularly regarding the Town Hall, which has not been responding to any of our communications. It is felt that it is very important that the 1,300 people registered to vote in Costa Esuri are taken into account, that this is the time to put some pressure on the Council in view of the forthcoming elections and that using your vote is vital. It is suggested and approved that a few Committee members approach the media by going to the local radio stations to explain the situation in Costa Esuri and calling on newspapers in Huelva to visit and report on the problems in Costa Esuri.

Submitted for approval, the Accounts for 2018 are unanimously approved.

4. Position of CERA in respect of controlling the EUC’s management.

Both CERA and the EUC have the same interests in common: to look after Costa Esuri and its improvement. The EUC is responsible for maintenance issues, and CERA is involved in any and all issues affecting the residents, including the EUC’s management. When the CERA Committee requests information from the EUC Board, it is to enable the residents to know how the Board is managing the EUC. This information should be made public by the EUC’s Board themselves, but they do not give out any information. CERA is not against the EUC Board as such, but wants all owners to have information about the workings of the EUC, to which they are entitled and for which they pay. We ask for a decision as to what CERA’s position should be in respect of the EUC Board – do we continue to strive for more control of the EUC, or not? A long deliberation follows, with various suggestions being put forward, the final decision being to follow Mr Dercq’s suggestion to meet with the EUC Board in order to try to establish a friendly and constructive relationship. The President will make an appointment with the EUC for this purpose. The EUC Board will have to make clear its position towards CERA, its will to work together with CERA for the benefit of Costa Esuri and provide full information of its management, without CERA having to push the EUC for this information constantly. Following the result of that meeting, the CERA Committee will make a decision as to how to deal with the EUC problem going forward.

6. Any other items
With no more comments, the President thanks everybody for their attendance and closes the meeting at 18:00h.