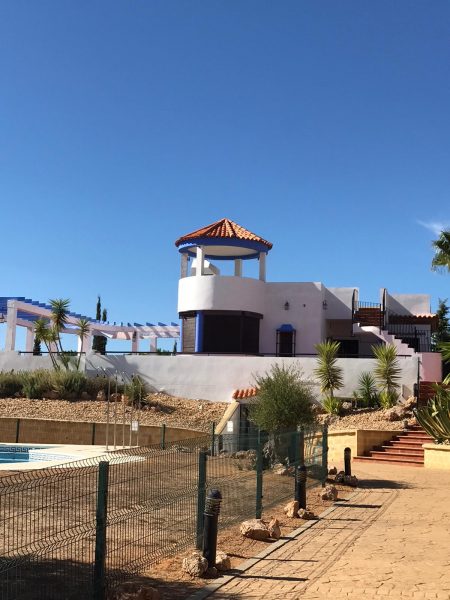 Given the absence of the President of the Committee, Mr Paul Kelly, as Vice President, chaired the Assembly. The Secretary was Ms Marina Martínez Domínguez.

The President referred in his speech to relations between CERA and the various  institutions connected to Costa Esuri.  As well as requesting, from all residents, a responsibility towards the environment and a respect for neighbours, he also set out the responsibilities of CERA. 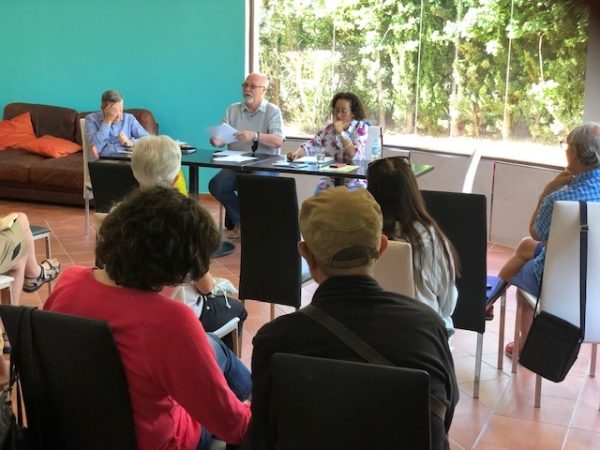 With regard to the items on the agenda and proposed resolutions, all the agreements were adopted unanimously, the most relevant being:

Approval of the management of the Board of Directors during 2021.

In the past year we have sent more than 50 publications to our members in a continuing effort to keep them informed of issues relating to Costa Esuri.

Our website has been visited more than 35,000 times and is an important way of disseminating information. We want to continue improving this website and are actively doing so.

We have set up a fortnightly Saturday presence at the Lomas Shopping Centre from 11:00h to 13:00h to give us an opportunity to talk to residents who do not know about CERA. It enables us to explain the workings of CERA in the community and encourage greater engagement from residents as a whole.

We were informed of the ruling in our favour in the lawsuit filed in 2016 by Carlos Morales, claiming a debt from 2014 for expenses incurred for a summer party. The Judge ruled this claim to be unfounded and ordered Mr Morales to pay the costs of the lawsuit.

We have sent numerous letters to the EUC, requesting information, especially regarding their accounts, payment of debts and collection of debts.

We sent a copy of all these letters to the appropriate representative of the Ayamonte Town Hall, for his information and possible intervention (which intervention has never taken place).

Given the lack of transparency with which the Town Hall acts, we went to the Council of Transparency of Andalusia, and obtained a favourable resolution recently.

These are just some of the matters that occurred during 2021. On our website, you will have been able to follow our progress – we endeavour to do the best we can for Esuri as a whole with our combined knowledge and capacity.

After a vote, the management of the CERA Committee during 2021 was unanimously approved.

These resignations were presented on 2 March, 9 April and 26 April 2022 respectively from their posts as members of the CERA Committee.

We thanked them for their collaboration and loyalty with which they have served CERA during their terms of office.

To accept the resignation of Ms Kathryn Mustow from her position as Treasurer of CERA, thanking her for her work during her term of office.

To appoint Mr Francisco Tapia Catalán as a member of CERA, replacing Mr David Atkinson for the remainder of his term of office.

As a consequence of the above, the following composition of the CERA Committee is proposed:

Granting of powers to the President for judicial or extrajudicial actions and proceedings in defence of the interests of the members of CERA:

We have challenged the General Assembly of the EUC Costa Esuri held on 29 October 2021.

We did this by means of an appeal on the basis of numerous facts which we believe to be grounds for cancellation of the Assembly, the most important facts being:
Their failure to follow the correct protocol in calling the AGM of the EUC;
The refusal to take questions regarding the accounts;
The voting procedure and what we believe to be erroneous computation of the votes.

Subsequently we also lodged an appeal with the Ayamonte Town Hall against the Town Hall’s agreement to modify the composition of the Committee.

We have just challenged the Ordinary General Assembly of the EUC held on 30 March 2022 by means of an appeal for similar reasons, to which we must add that the owners attending the meeting were not allowed to attend the vote count.

The Ayamonte Town Hall has not resolved any of the appeals presented, neither these nor previous ones.

We believe that the residents deserve the management of the EUC to be transparent and responsible … and this is not happening under the current regime.

The Town Hall, which is the supervisory body, is not only allowing the EUC to act with impunity and not account for its management, but the Town Hall’s representative also supports the decisions of the EUC with his vote.

We have sought legal advice and the conclusion is that the only way to get the EUC to fulfil its aims and be managed in the best interests of its members is to go to Court for a decision as to whether or not the EUC is being managed correctly.

One member suggested that, in view of the upcoming elections, it would be advisable to talk to the political parties running for government in Ayamonte in order to reach commitments to improve matters in Costa Esuri. The Committee will launch a voter registration campaign.

Mrs Redondo asked for the approval of CERA to install their food truck in Costa Esuri, which approval is a requirement of the Town Hall. The Committee agreed to give this approval on the condition that it will not be placed in areas that may disrupt traffic or safety.

The problem of parking and traffic in front of the Lomas Shopping Centre was raised, as well as the canopy at the cafe. This canopy makes it difficult to access the supermarket as customers have to pass between tables where people are seated. The Committee has been asking for a solution to both issues for some time. Recently, at a meeting held on 22 April, the Mayoress promised to resolve this problem quickly.

It was commented that the speed limit is not respected in the Urbanisation, especially in the streets of Miguel de Unamuno and José de Espronceda.

It was also commented on whether caravans can be parked in Costa Esuri, with an attendee explaining that a caravan can be a vehicle or a means of camping. If it is used as a vehicle, it can circulate and park like any other vehicle, but if it opens windows or puts out chairs, it is considered to be camping, which is not allowed in Costa Esuri. The Board will consult the Municipal Ordinance.

It was asked if Giahsa collects household goods on Wednesdays and the convenience of using the Green Line (Linea Verde) application to request collections was explained. 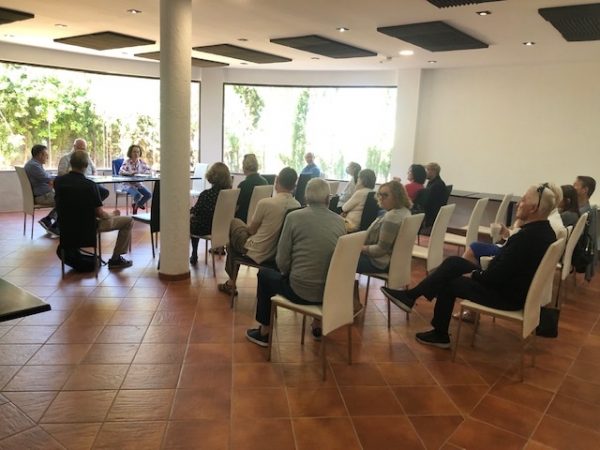 The full Minutes are available to all members on request.