Dear residents and members of the EUC Costa Esuri, first of all, I wish you all a MERRY CHRISTMAS AND A HAPPY NEW YEAR wherever you celebrate it.

I would like to comment about some of the works carried out in Costa Esuri,  such as the repair of the “sports court”, the playgrounds located on the Blasco Ibañez promenade, and repairs to the irrigation facilities of the green areas.

The budget for 2022 mentioned different works without any specifications.

The Minutes of the meetings of the Governing Council of the EUC do not provide any detailed information in this regard, although it’s stated that certain works  have been executed.

On 16 May 2022, I sent a letter to the EUC’ requesting detailed information regarding this issue. The reply from the Council was that this information would be provided, but as it was not, I filed a claim before the Transparency Council of Andalusia. 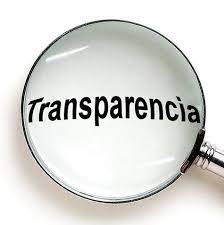 This information should be made public by the EUC Council, but it does not show on the EUC’s website. What it says is:

The budget for 2022 stated an amount of €60,000 for repair and replacement of street furniture. More than this amount has been used for the children playgrounds, while nothing else has been repaired or replaced.

In my opinion, the problem is not just the amount, but the use of our money for issues that are not the purpose of the EUC.

The way these works were assigned, without any administrative procedure, may affect the legality of the EUC Council’s decisions and also of the Ayuntamiento as the supervisory body.

All the aforementioned works have been invoiced by the company ComfortServi SL, which is the company that has the contract for maintenance and cleaning of roads, sidewalks and green areas.

I do not know if ComfortServi SL has a license to carry out such works, but in May when the work was being carried out, I saw that in the playground located at the confluence of Miguel de Unamuno with Paseo Blasco Ibáñez (which was replaced in its entirety), works were being carried out by operators who came in a van of an EQUYPARK company in Huelva.

As the EUC Governing Council has not given me the contracts for the execution of works, I cannot know if they were subcontracted, but if so, this system does not seem correct.

The EUC’s Council alleges that the procedure is correct, because the Law regarding Contracts within the Public Sector do not require that contracts under €40,000 are submitted to public offers and public bids. Even though the amounts above are higher than €40,000.

The Council should also explain why the new contract with ComfortServi, amounting to €492,471€ per year was assigned without any publicity.

The EUC’s Council contradicts themselves.

The contracting of works and services by the EUC is one of the aspects that requires more attention than it is given and requires more rigour.

I hope this may be of help in forming an opinion of the way the EUC’s Council governs our EUC.