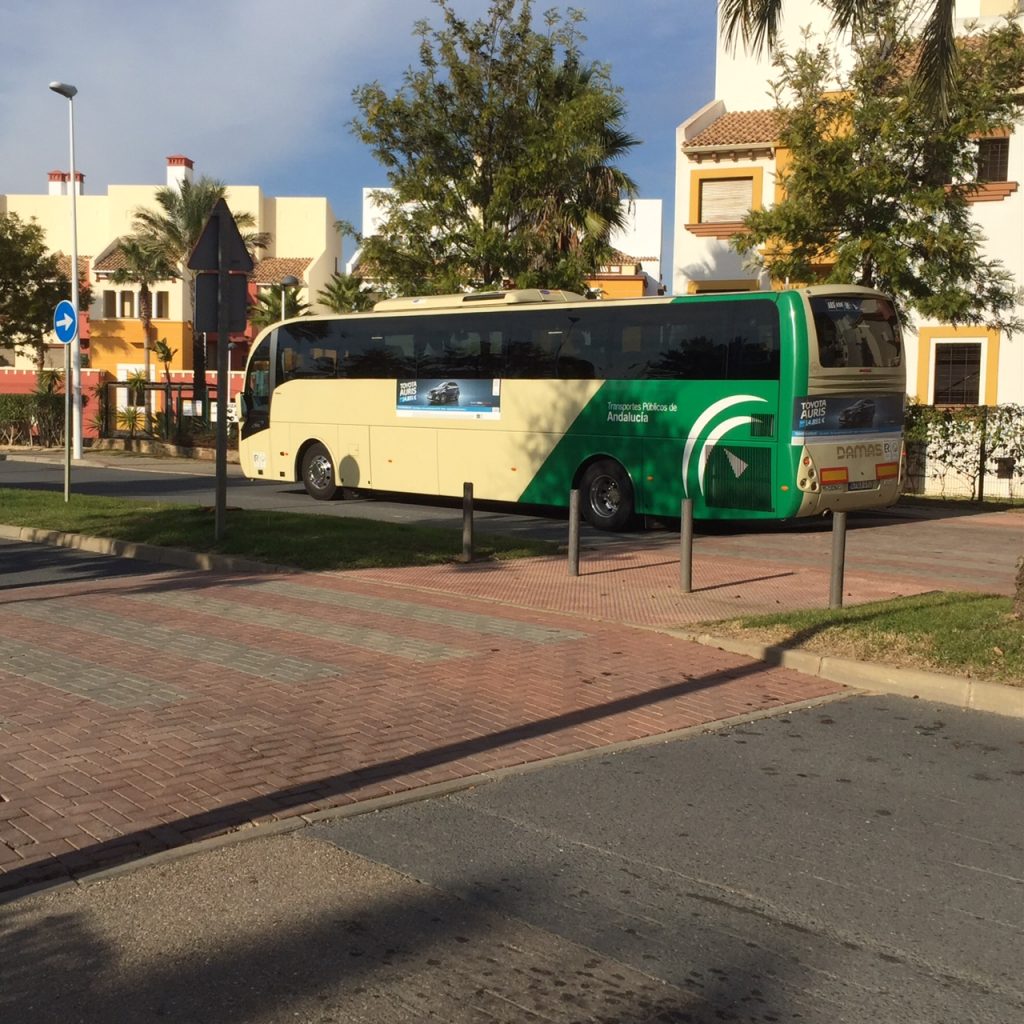 On the afternoon of December 2, several members of the Board of Directors of the Neighborhood Association met with Mr. Víctor Hugo Rodríguez Palma, Councilor for the Economy and Finance, to discuss the Costa Esuri bus.

Mr. Rodríguez Palma explained the public transport situation in the Ayamonte municipal area as well as in the urban nucleus.

He also explained the circumstances of the existing contract with DAMAS and the conditions for the provision of interurban service with the Transport Consortium.

Both have been studied and discussed and the only possible solution contemplated to serve Costa Esuri is the following:

A circular itinerary, which will have a total duration of 45 minutes, departing and arriving at the Ayamonte bus station, at the following times:

The part-way Ayamonte / Costa Esuri, or Costa Esuri / Ayamonte, will take about 20 minutes.

Since no alternative is offered, it is agreed to accept these schedules for the time being, regardless of continuing to request more complete schedules.

Regarding the itinerary inside Costa Esuri, Mr. Rodríguez Palma proposes a route that eliminates four of the existing stops on the 2012 itinerary.

Since then, the population of Costa Esuri has grown significantly. There are new complexes and villas, a reduction in stops  seems counter productive.

This itinerary reduction is considered  unacceptable.

This would not only leave La Jara, Colinas, Guadiana Golf without service, but also the new complexes and homes that have been developed since 2012, such as Vistas del Guadiana and Vista Hermosa, and numerous residents in streets such as Rubén Darío or Francisco de Quevedo.

Mr. Rodríguez Palma is going to reconsider the itinerary.

However, since this is what has been put to us at the moment, if the neighbors tell us to accept it, we will do so as an interim solution.

Other issues were raised, such as the cost of the ticket, the connection with the bus to the beach, and the date of entry into service.

We hope that all of this will be answered without delay.